A Look at Common Malpractice Claims

Medical malpractice is a general term for a legal cause of action that results when a health care worker’s negligence results in patient injury. In practice, lawyers litigate many different kinds of malpractice cases near Annapolis. Successful claims allow victims to collect damages so they can be compensated for their pain and suffering, any medical bills or treatments, and lost current and future wages. Keep reading to learn more about some common medical malpractice claims, including misdiagnoses, birth injuries, and surgical errors. 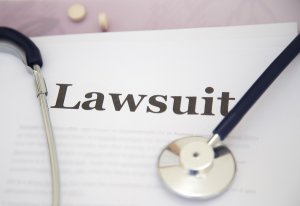 Most people who seek a lawyer’s counsel about a physician’s potential malpractice report having been misdiagnosed. Misdiagnosis occurs anytime a doctor fails to properly diagnose a condition or illness. Consequences can be life-threatening, as a patient often spends valuable time treating the wrong condition—or not seeking treatment at all. The five most common malpractice claims in this area relate to misdiagnosed infections, tumors or masses inside the body, heart attack, heart disease, and blood clots in the lungs.

Medical malpractice claims also arise during pregnancy and childbirth. A physician’s negligence can adversely affect the health of either the mother or the baby before, during, or after giving birth. Leading medical malpractice claims include placental abnormalities, gestational diabetes, negligence during a Caesarian section, and hemorrhage of the mother during labor. An infant can also be injured during a C-section or vaginal birth, causing a serious spinal cord injury or brain injury. Cerebral palsy is one of the most common infant injuries reported during medical malpractice cases.

Surgical errors involve any kind of mistake by a surgeon or anesthesiologist during a surgery. For example, an anesthesiologist may administer too little anesthesia, too much anesthesia, or the wrong kind of anesthesia. A surgeon might damage a nerve, fail to control a patient’s bleeding, or leave a medical device inside a patient. Surgeons also sometimes perform the wrong operation or operate on the incorrect side of the body.