Medical malpractice cases aren’t the only examples of patient injuries when they are receiving care. When drug companies make fraudulent claims about their products and their safety, they are putting profits above your wellbeing. If you have suffered an injury as the result of a prescription drug, bring your case to an attorney in Annapolis . Pharmaceutical companies have made big payouts in the past for damages caused by their drugs, and you could be eligible for compensation as well. Here is a look at some of the most significant prescription drug settlements. 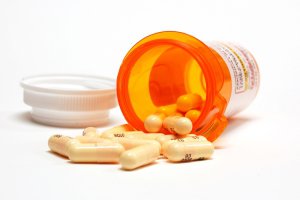 GlaxoSmithKline was fined a massive three billion dollars over problems with three of their medications: the antidepressants Paxil and Wellbutrin and the diabetes medication Avandia. The company was fined for illegal marketing practices with their antidepressants and for holding back dangers associated with Avandia. Although this drug settlement was one of the the largest in history, it ultimately represented only 11 percent of the company’s revenue for these medications. In fact, many drug companies repeatedly pay significant fines and deal with lawyers rather than change their practices because the impact on profit can be so minimal.

Oxycontin, an opioid painkiller manufactured by Purdue, was promoted as a less addictive alternative to other painkillers as part of the largest ever marketing campaign for a drug in this class. Instead, Oxycontin triggered an epidemic of prescription drug abuse and overdose deaths. Even when Purdue knew about the addictive properties of Oxycontin, they didn’t change their promotion strategy. The company was fined $634 million, and the executives found themselves in need of lawyers of their own when criminal charges were filed.