What You Need to Know About Pediatric Medical Malpractice Cases 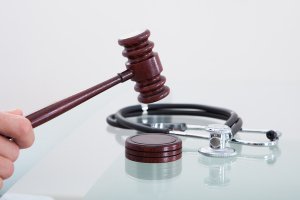 According to the American Association of Pediatricians, the most common illness associated with pediatric malpractice is meningitis. Attorneys generally file claims when physicians fail to read the symptoms of meningitis and thus do not make a diagnosis in time to treat an infant. Sadly, if meningitis is not treated in a certain window of time, a baby’s health may deteriorate and the damage can be irreversible. Medication errors are also common and may occur when a doctor or nurse makes a mistake in ordering, administering, or dispensing necessary medications.

Negligent treatment occurs when a physician fails to provide the treatment that meets the level of skill or competence another doctor would have provided under similar circumstances. That level of skill is known as the “standard of care.” In pediatric malpractice cases, the standard of care might require a doctor to properly diagnose an illness after a child or infant begins to experience symptoms. It should also require that a physician administers the correct dose of the proper medication at the proper time.

Medical malpractice lawyers advise their clients that showing error is not enough—an attorney must also prove that the doctor’s mistake caused the reported injury. For example, a mistake in diagnosing an illness may cause that condition to worsen. But physicians and their insurance companies will try to argue that no doctor would have properly diagnosed the condition or that the misdiagnosis itself is not responsible for the child’s suffering. An experienced malpractice lawyer can work with parents to prove each aspect of the case and ensure that damages are properly assigned.