Auto accidents often appear deceptively straightforward, which is why so many people file an auto accident claim without the guidance of an accident lawyer. Unfortunately, this common mistake can jeopardize an accident victim’s ability to obtain just compensation. Even if a crash seems straightforward, it’s in your best interest to contact an auto injury lawyer . Auto accident lawyers have extensive experience handling these claims; they understand the tactics that the insurance company and at-fault driver may use to try to avoid paying you what you deserve. 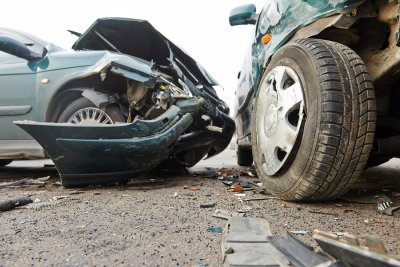 One of the most important issues at stake in a car accident settlement is which party was at fault for the crash. In many crash cases, one party is solely at fault, such as when a driver was behind the wheel while impaired by drugs or alcohol. However, many other cases involve mistakes made by all involved drivers. For example, car A is traveling at 55 miles per hour (mph) in a 45 mph zone. Car B passes car A and merges into car A’s lane without using a turn signal. If car A strikes car B, then both drivers might be said to be at fault - one for speeding, the other for not using a turn signal. In a state that recognizes comparative negligence in personal injury claims, the fault for the crash is allocated between these two parties. Each driver would be attributed a percentage of the fault for the crash and the compensation would be adjusted accordingly. Comparative negligence is a means for auto accident victims to obtain some compensation, even if they were partially at fault.